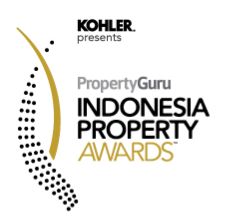 Sinar Mas Land garnered four wins at the awards ceremony, including Best Developer, an accolade it had last won in 2015. It also scored one of the highest prizes of the night – Best Housing Development (Indonesia) for Caelus at Greenwich Park BSD City. The developer also won a trophy never presented before at the awards: Best Millennial Housing Development for Imajihaus at Greenwich Park BSD City.

In addition to high-end projects, the archipelago’s most reasonably priced residential properties were honoured at the ceremony. The award for Best Affordable Condo Development (Jakarta) went to Embarcadero by PT Lippo Karawaci Tbk, while the award for Best Affordable Condo Development (Greater Jakarta) went to The Parc by SouthCity. Another accolade, Best Low Cost Housing Development, was awarded to Red Palm at Triraksa Village 2 by PT Mitra Usaha Perkasa (Badak Perkasa Group).

The award, which is decided annually by the editors of PropertyGuru Property Report Magazine, recognises his mastery of developing live-work-play environments, as exemplified by the group’s signature portfolio of superblocks, townships, and mixed-use sites, which encompasses some of the archipelago’s most popular shopping malls and retail destinations.

Hari V. Krishnan, CEO of PropertyGuru Group, said: “Congratulations to the winners and Highly Commended awardees of the 2020 PropertyGuru Indonesia Property Awards. The diversity of the awards this year offers visibility and representation for the types of homes and developments sought by various generations of Indonesians across different economic strata – presenting a more accurate reflection of the pulse of the market.”

The judging process that led to the shortlisting of this year’s nominees was rigorously and transparently supervised by BDO, under the leadership of Indrotjahjono S., Partner at BDO Indonesia.